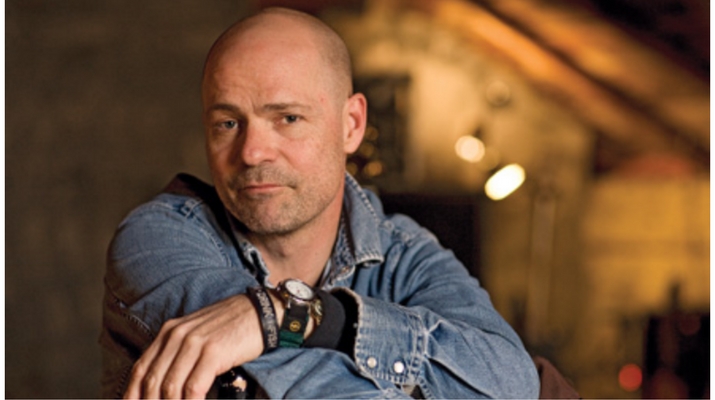 This past weekend I was part of something truly spectacular.

On Friday night, I attended the best concert of my life.  The band, The Tragically Hip, is a Canadian rock band, from Kingston, Ontario.  They were formed in 1984 and have released 13 albums, nine of which have reached No. 1 in Canada.  They have a very loyal following (mostly Canadians or Americans in border cities, like Buffalo, New York) and many believe they are the best Canadian band ever.  I saw them with my boyfriend, Chris, on Friday night in Toronto, at the Air Canada Center.  The sold out venue held just over 20,000 fans.

I’m new to The Hip.  I wasn’t introduced to them until a little over a year ago. Chris has been a huge fan for years, and I began to fall in love with The Hip’s music the more I was exposed.   On October 5, 2015, I went to my first Hip concert.  It was at the Wiltern Theater, in Los Angeles, which holds about 2,000 people.  The Hip is largely unknown in the States, and we were able to score tickets in the front row.  I wasn’t (nor could I have been) prepared.

Gord Downie, the 52-year-old lead singer of The Hip, was both manic and free-spirited as he pranced and gyrated across the stage in black leather pants and a matching biker-style jacket.  He looked at times like he’d just been electrocuted as he jerked and jumped his way through “dance moves” I’d never seen before.  I was struck by how much he loved performing – and how good he was at it.  I couldn’t take my eyes off him and his voice was incredible.

Being in the front row, Gord, and the other band members, interacted with us a bit – even bending down to shake Chris’s hand at one point.  It truly was a great first Hip concert.  I promised Chris, who could sing every word to every song, that the next time we saw them, I would know more of the songs.

Then on May, 24, 2016, The Hip announced that Gord Downie had been diagnosed with glioblastoma, a very aggressive and incurable brain cancer.  Because it is a cancer that originates in the brain, it spreads quickly through the blood vessels.  Right after he was diagnosed, Gord underwent surgery to remove the majority of the malignant tissue, and had six weeks of radiation and chemotherapy.  But, though this may have slowed the progression of the disease, his long term prognosis didn’t change, according to a press release from his oncologist, Dr. James Perry.  Gord Downie was going to die.

Shortly after Gord’s illness was announced, the band also announced that it would do one more tour throughout Canada and released what would likely be it’s last album, Man Machine Poem.

Gord’s choice to publicly discuss his brain cancer has raised awareness of the disease.  The Sunnybrook Foundation has been (and still is) collecting donations for the Gord Downie Fund.  After the conclusion of the tour, the band will decide if the fund will be directed only for glioblastoma research or for all types of brain cancer.  Both the funds, and the raised awareness, were desperately needed according to Susan Marshall, CEO of the Brain Tumor Foundation of Canada.

Friday night, I went to what would be one of The Hip’s last shows.  I learned after the show that each night Dr. Perry attends in case Gord needs him.   Dr. Perry, who is a huge Hip fan, recently stated in an interview that the band has “carefully constructed set list that changes every night…And I think given the potential worries about Gord’s memory or about word-finding, he’s just been so brave.”

On Friday night, Gord strutted out in a flashy purple suit and hat and launched into the band’s 1992 hit “Courage.”  He and the rest of The Hip continued on for two and a half hours, twenty-six songs and three costume changes (just Gord).  Although he wasn’t nearly as animated as the first time I saw him, the performance was incredible.  No one in the audience sat down at any point.  Near the end of the show, the band launched into a song they rarely play live, “Scared.”  Many of the audience members locked arms, swayed, and many (including me) had tears streaming as Gord spoke the last line of the song “I gotta go.  It’s been a pleasure doing business with you.”

Each of the band members hugged and kissed Gord before exiting the stage.

And Gord was left onstage by himself…to say goodbye.

He put down the microphone and opened his soul.  He stared longingly and lovingly into the camera, blew kisses to the crowd, and mouthed the words “Thank You.”  The crowd responded with an earth-shattering roar that lasted several minutes, Gord was visibly moved.  He went to each side of the stage and waved to the crowd – clearly saying goodbye to something he truly loved.  And we, in kind, said our goodbyes, too.  The emotion in the room was palpable.  I have never been part of such a massive mutual display of love in my life.  It was truly a once-in-a-lifetime experience.

After the show, I felt so much love and respect.  Love for a man I will never know, but who had the courage to stand in front of his fans one last time, to bare his soul, and say goodbye.  He brought together 20,000 people in a room – to exchange love and admiration.  In the climate of today – feeling that much love was truly amazing.  It was powerful.  And lasting.