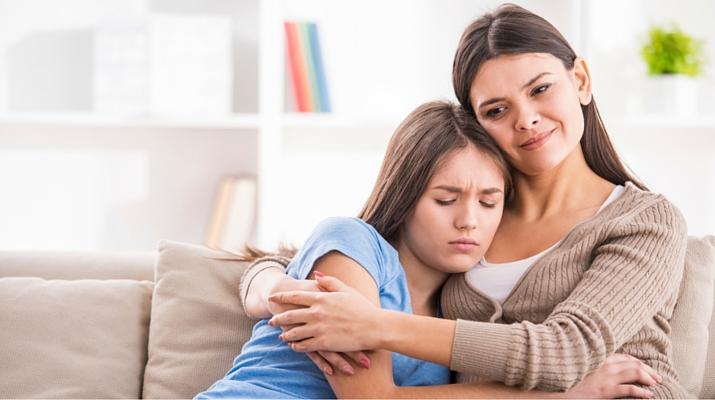 By now, we are all familiar with the term helicopter parenting.  Most of us, as much as we try not to be, are even guilty of it at times.  But are we raising children who are incapable of dealing with failure as a result?  Or children who lack the confidence to strive for success?

I was recently at a cocktail reception with a pediatric dentist who was talking to me about the consequences of over-parenting from his perspective.  He described what he referred to as “bulldozer parents” – you know the ones, who come into the room before the child and have anything that might be unnerving or upsetting removed from the environment before the child even arrives.  Yikes!  I know as parents we instinctually want to protect our children.  But what are the consequences of protecting them too much?

All of this got me thinking about kids I’m exposed to.  Kids who are home schooled or medicated because they can’t deal with the anxiety of the seemingly normal situations they are faced with in school.  And kids who are failing out of regular university and then attending community college while living at home, safe back in the nest their parents created.  It made me wonder…are we helping our kids too much?

According to Kate Bayless’ article on Helicopter Parenting helicopter parents “typically take too much responsibility for their children’s experiences and, specifically, their successes or failures,” says Dr. Carolyn Daitch, Ph.D., director of the Center for the Treatment of Anxiety Disorders near Detroit and author of Anxiety Disorders: The Go-To Guide.  Most of us, when we see it in others, recognize it as “over-parenting,” but we, to the possible detriment of our children, often fail to recognize it in ourselves.

When parents are “involved in a child’s life in a way that is over-controlling, overprotecting, and over-perfecting,” Dr. Anne Dunnewold, a licensed psychologist and author of Even June Cleaver Would Forget the Juice Box, has explained, “it creates a child who cannot deal with failures and does not learn coping-strategies.”

In fact, kids that are over-parented often suffer extreme damage to their self-esteem.  “Kids that are over-parented believe that their parents are doing everything for them because they are incapable of doing anything for themselves.  So, when it comes time to actually fend for themselves they are paralyzed by fear at the prospect of failure.  To make matters worse, they’ve also learned, through their parents’ constant pursuit of perfection on their behalf, that it isn’t okay to fail.”  Says Mara Wolfsen, a licensed psychotherapist based in Hermosa Beach, California.

So, as much as we might hate to admit it, it does our children good when we let go a bit.

Michael Thompson, the author of “Homesick and Happy,” a book that encourages parents to send their children to sleep-away camps, has written, “…there are things that, as a parent, you cannot do for your children, as much as you might wish to.  You cannot make them happy (if you try too hard they become whiners); you cannot give them self-esteem and confidence (those come from their own accomplishments); you cannot pick friends for them and micro-manage their social lives, and, finally, you cannot give them independence.  The only way children can grow into independence is to have their parents open the door and let them walk out.  That’s what makes camp such a life-changing experience for children.”

While I’m not sure I could send my kids to sleep-away camp for an entire summer, I appreciate that they need to have the opportunity to grow and thrive without me around as a safety net.  Especially my little one, who sometimes doesn’t do well when she feels challenged.

But, as I have learned, for a child who doesn’t do well when challenged, challenges are that much more important.  Yet, according to the experts, parents have largely forgotten the importance of offering their child the opportunity to fail.  That’s right, fail!  Without failure, children don’t develop the coping strategies they need to deal with their emotions (we’ve all seen adults throw tantrums).  Perhaps just as importantly, they never develop the skills to figure out what they did wrong, adapt their approach and try again in a different way.  These are skills they will need as they step out into the world alone.  Failure for the first time in college is a mighty blow if you’ve never learned how to deal with it.

I also know that stepping away isn’t easy.  I recently attended the end-of-the-year awards assembly at my kids’ school.  The assembly allows an opportunity for the school to recognize achievement by the students and gives awards for those achievements.  The awards are largely given for academic achievement, but students are also awarded for service to their church and community and for displaying the ideals that are important to the school and Catholic Church.  One of the awards given is for students who make honor roll.  It’s a tough school academically, but between the testing to get in and the attrition that occurs over the first few years, students who aren’t academically successful at the school are largely gone by fourth grade when students become eligible for honor roll, so making honor roll is fairly common.

Imagine my heartbreak for my little fourth grader as all of the kids in her row were recognized for making honor roll, except her.  She was left to sit alone on the bench as each of the other students had their name called and approached the podium for their certificate.  I watched her shoulders slump as she lowered her head.  Later, in the car ride on the way home, I caught her silently crying in the rear view mirror.  I bit my lip so hard I thought it might bleed, struggling not to offer a pep-talk.  Later that night, I told her how proud of her I was for the grades she had improved over the year and I hung her report card on the fridge next to my older daughter’s, highlighting the paragraph her teacher had written about how much she had improved in certain areas.  And, she got through it.  She still felt loved and supported by her parents – and she even approached me with ideas on how she might earn that award next year!  Imagine the benefits, both in confidence and self-esteem, she will reap if her ideas work!!

Self-esteem issues aren’t the only concerns with over-parenting, warns Mara Wolfsen.  “Helicopter parenting not only negatively effects our children’s self-esteem, but causes an increase of entitlement in young people. Children of helicopter parents haven’t been able to learn the lessons of hard work and failure because their parents intervene to clean up their messes instead of allowing kids to suffer natural consequences.”

These are essential lessons to teach your children.  When your child grows up and goes out into the real world, he will have to work for what he wants, just like everyone else. So as a parent, it’s important that you teach your child the value of hard work and earning things.  He needs to really see that connection between making an effort and achieving success. Conversely, when things are handed to your child, the message he’s getting is, “You don’t need to do anything—everything will be given to you in life just because you’re you.”   Moreover, if your child never has to suffer the consequences of their actions, they learn that there are no consequences.   We don’t have to look too far in our society to see examples of adults who act without recognizing the consequences.

So, how do we show our children the love and support we want to and need to show our children without crippling their ability to learn important life skills? Dr. Deborah Gilboa, M.D., founder of AskDoctorG.com, has offered the following advice: “As parents, we have a very difficult job.  We need to keep one eye on our children now–their stressors, strengths, emotions–and one eye on the adults we are trying to raise. Getting them from here to there involves some suffering, for our kids as well as for us.”

In short, let your kids fail.  Let them struggle and feel disappointment.  When they fail – help them through it.  Talk to them and encourage them to come up with ways they might avoid the same or similar result in the future.  Tell them that all people – even the very most successful people – fail and share some of your failures with them.  Explain that failure is part of learning how to do better and it is part of life.

Require your children to be responsible for doing the tasks that they are physically and mentally capable of doing.  Making your 3-year-old’s bed isn’t hovering.  Making your 13-year-old’s bed is.  Have household rules – and consequences for breaking them.  Support your school when your child breaks the school’s rules and has to suffer the consequences the school requires.  Finally, as Dr. Gilboa says, “Remember to look for opportunities to take one step back from solving your child’s problems.  This will help build the reliant, self-confident kids we all need.”