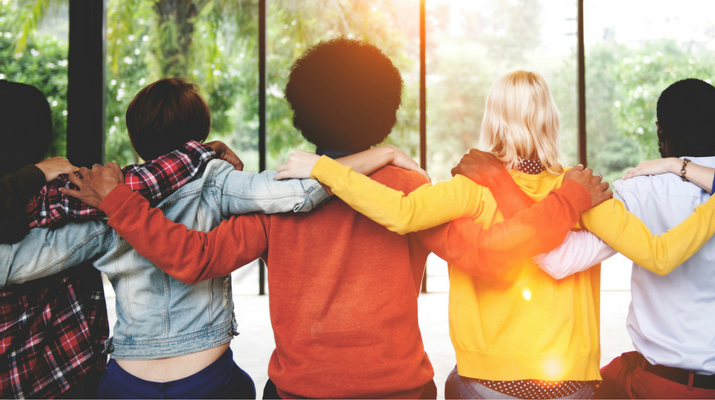 On November 9, I woke up in a foreign country.

The country I live in could not have elected Donald Trump as president.  He is everything it is not.  But, somehow, despite my complete disbelief and horror – it did.

I don’t know this country – this racist, sexist, misogynistic, hate-promoting, fear-mongering country.  I don’t want to live in it.  I don’t understand it, can’t relate to it – and it is terrifying.

I live in Los Angeles.  Los Angeles is filled with transplanted folks – I only have one close friend who grew up here – but even she is Canadian.  From my experience, many people come to Los Angeles trying to escape the political climate of their hometown – sexism, racism, homophobia, etc. – and live somewhere more diverse and accepting.  I know I did.

I grew up in a very small town outside of Lansing, Michigan.  In my graduating class of just over 300 students, there were two black kids (twins) and two Mexicans (cousins).  Even though Michigan was a blue state back then, it was largely because of the unions affiliated with the booming automotive industry housed in Michigan at the time, not because folks were particularly interested in social freedoms or progressive ideals.

So, I am a small-town girl, living in a big city.  As a plaintiffs’ attorney, I am also a woman living in a man’s world – bumping my head against the glass ceiling of my industry over the past several years of my career.  I have been called the token female, a bitch and a prostitute.  I have been accused (by a female co-worker) of sleeping with co-workers to try to get a job.

For all of these reasons, I fell in love with the idea of living in the Pantsuit Nation.  A nation where I didn’t have to apologize for being both smart and attractive.  A nation where declining the sexual advances made my co-workers didn’t make me a bitch.  A world where women truly believed they were capable of anything.

For too long we have pitted ourselves against one another.  Since there was only one seat at the table for a woman, we fought each other for that seat – rather than challenging a less qualified man for his.

But that has to change.  We have again learned the very painful lesson that the more qualified woman will not always win.  But, we have to keep trying.  If we learn to step up and empower one another, if we refuse to stop fighting and band together – keep talking to each other, keep supporting each other – it isn’t too late for our dream to come true.

Hillary Clinton is a great example of that drive – that ambition – that refusal to give up no matter what they were saying about her.  She maintained her poise and her dignity even in the face of defeat by a hateful and infinitely less qualified man.  And then, she apologized to us for her failure.

But she didn’t fail.  She awakened a beast.  And if we remain inspired by all that she accomplished, we can propel ourselves into the future.  We can stand in numbers like never before – against oppression, ignorance and hate – and truly achieve a Pantsuit Nation.

This loss hurts.  But, never stop believing that fighting for what’s right is worth it.