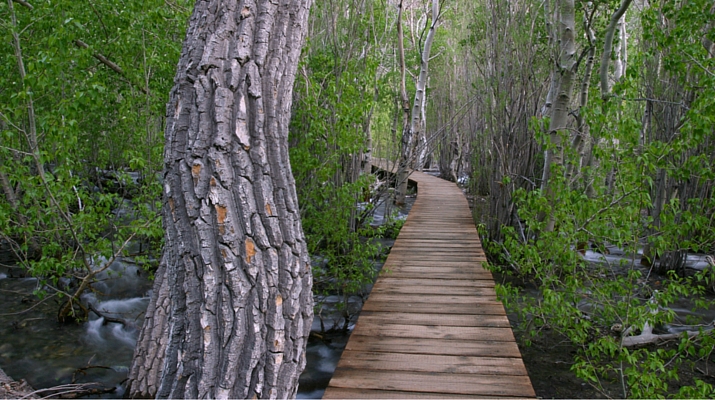 I am a mother of two, a wife and also a business owner.  But, my story starts in Panama, where I was born and raised.  Ever since I was a young girl, I envisioned myself living somewhere else, owning a business and living a healthy lifestyle. During my school years I worked hard to be able to achieve these dreams.  I went to physical therapy school and also trained in other health techniques outside university.

It wasn’t until the age of twenty-one, when I started working for a very prestigious spa and rehabilitation center in Panama City, that I decided to move to the United States.  My plan was for me to move for a year, to improve my English.  Speaking English well is essential when working in a spa in Panama, as it is the language of most tourists.  I knew learning English would help me prepare myself to reach my ultimate goals.  But, that is when life, or God, or fate – however you want to refer to it – decided to guide me along a different path.  During the first few months after arriving in California I met someone who became my best friend and is now my husband.  We started dating six months after we met and got married January 2008.  I was now actually living in the United States – one goal reached.

It was during this time that I realized, however, that I did give something up by staying in the United States. My master’s degree in physical therapy would not matriculate to the U.S. and I would not be able to work as a physical therapist.  It was a tough time – I was not able to participate in the field I worked so hard to master and now had to work for low wages due to no other work experience.  I thought my dreams of ever owning a studio and helping those with physical ailments was gone forever.

It was time to regroup.  I started training in Pilates and became a certified instructor.  Shortly after, I started to work at a Pilates studio in the Brentwood area of Los Angeles.  I felt that I had found my calling, as I was once again able to guide people toward their best physical shape.  And it became much easier to keep living a healthy lifestyle – another goal reached.

In July of 2010 my husband and I received the most precious gift, we became parents of a baby girl and our lives changed forever.  After having her, I realized that my original dream of being a business owner did not have to wither away and I wanted to show my daughter that women can do anything and everything that they set their mind to.  I worked hard over the next few years to put all the pieces together, and in May 2015, the doors of The Core Center Pilates Studio opened.  My main life’s goal had been realized.

A few months after opening the studio we got another precious gift; our baby boy was born in April 2016.  As a business owner, I still manage to be a wife and a mother.  Having a supportive husband lightens the load, but I firmly believe any woman in any situation can act on their goals and eventually succeed.  I fell in love with Pilates the first time I got on a reformer.  And I can say today that I don’t know what my life would be like without it.  I get so many benefits from it: I stay in shape, I feel strong, I have more energy, my stress level is super low and I feel happiest after I finish my sessions.  All of these things make me be a better person, wife and mother.

Telling you all of this is not to say how great my life is, it is to share my belief that working hard for what you want, keeping yourself focused on yours goals and never losing sight of who you really are and where you came from – even if you live half a world away from there and speak a different language – is the way you, or any woman, can accomplish all your goals in life and live the life that you deserve.

Yanaika is the owner of The Core Center Pilates Studio in Brentwood, California.  To book a session or for more information, you can contact her at 310-737-8546 or healthy@thecorecenterla.com.

Aside from her real job as a mother to two young children, Yanaika has an extensive background in the physical healing arts and sciences. She graduated with a master’s degree in Physical Therapy from Universidad Especializada de las Américas (UDELAS) in Panama City, Panama. Yanaika then spent two years working as a Physical Therapist before moving to the United States. For the last five years Yanaika has put her physical therapy expertise to work as a Pilates instructor, becoming a well-regarded teacher with a large and loyal clientele. She recently owned her own Pilates studio, The Core Center Pilates Studio in Brentwood, California.